skip to main | skip to sidebar

We have a new website for Frecon's Hard Bean....www.freconfarms.com/hardbean
Check out this website to stay updated with both Frecon's Hard Bean and Frecon Farms, also
sign up for the monthly newsletter found on this site!
Posted by hardbeanboyertown at 5:24 PM No comments:

People Like Us is an Indie rock band hailing from Reading PA: What started as a singer/songwriter collaboration between Rachel Kline and Steven Beckley soon grew into a rockin' 4-piece band featuring the instantly recognizable guitar stylings of Kyle Seivard, and the sweet, sweet upright bass rhythms of Franklyn Fraser. With their combined efforts, the four create a wide range of different tunes, from sultry and soulful jams, to bubbly-pop toe tappers and everything in-between. But at the end of the day, and at the heart of it all, they're just four friends having an absurd amount of fun.

You're invited to the Hard Bean for a...
New Years Eve Bash!!!
Friday December 31
Join local favorites The Dead Horse Band
as they rock us into the new year.
Music 9-1
$5 at the door.
BYOB.
Posted by hardbeanboyertown at 12:06 PM 1 comment:

from your friends at

Posted by hardbeanboyertown at 9:56 AM No comments:

from all of us 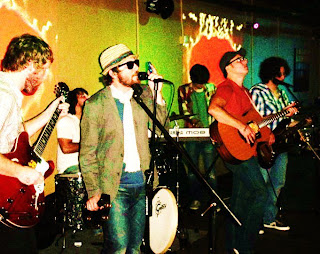 From Hamburg, PA featuring previous members of Suns of IvyThe Fallen Troubadours jangling good time sound has been described as a “Byrd lovers, 60’s garage rock party that burst in present day Brooklyn”. On a regular basis the band hosts a sold out bus trip to destination gigs in Philly and New York carting dedicated followers. The Fallen Troubadours bring their original sound to Frecon’s Hard Bean on December 18.

Posted by hardbeanboyertown at 10:39 AM 2 comments: 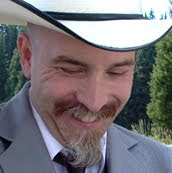 To most fans Ike Wilder is known as the front man for The Wilders from Kansas City, MS. Over the past 13 years the band has toured professionally planting their folk & country music roots throughout the Midwest, Northwest and Europe gaining much respect and attention from adoring, enthusiastic fans.

In 2006, Ike & his wife Carrie moved to Berks County where Carrie took a job as a professor in the Art education wing at Kutztown University.

In an effort to find like-minded friends, not to dissimilar to their KC posy of bohemian music community enthusiasts endearingly referred to as ‘The Rural Grit’, Carrie began to Google local Berks County bands. Her research uncovered several that sparked an interest including The Manatawny Creek Ramblers, Frog Holler and Society Beat. Upon further discovery she noticed a common thread in Daniel Bower. Without hesitation she set her husband and Daniel up on a ‘blind buddy date’ or “blind bromance” as Bower puts it. “With our wide spanned enthusiasm for bands ranging from Bill Monroe to Snoop Dog, we we’re instant bros. We decided to get together on Friday afternoons when The Wilders weren’t touring to listen to records, share tour stories, pick guitars, go for convertible rides, and maybe drink some beer. It’s been a few years, suddenly, and we know all these songs and have a bunch of stories. They sound good, so, why not play ‘em out!?” Bower reasons. “It’s such a treat to have a real pro, someone of whom I’d otherwise just be a fan, as a best bud. Getting to play together is the cherry on top.”

Posted by hardbeanboyertown at 1:59 PM 2 comments:

October Shows at the Bean

Bee’s in a Bottle * www.facebook.com/pages/Bees-In-A-Bottle

Posted by hardbeanboyertown at 10:11 AM No comments: Monday thru Friday from 7am to 9am get any 12oz fresh brew cup - that's half off baby!

Hey- got a business card? Hand it over and every Friday we pick one card and you win a Grande Coffee and Breakfast Sandwhich!

Every weekday morning from 7-8:30AM we are offering a local newspaper, bagel or muffin and small coffee for just 3.00$